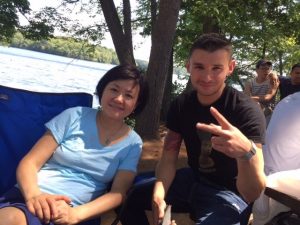 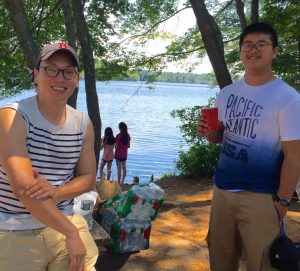 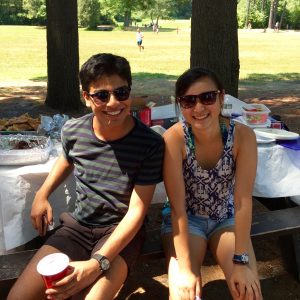 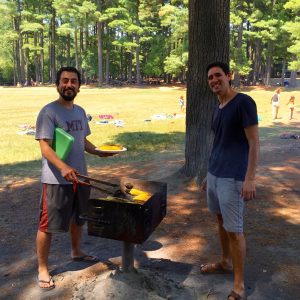 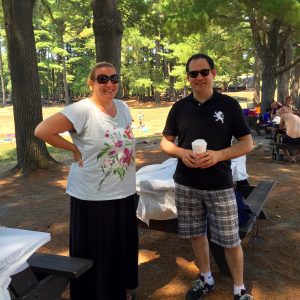 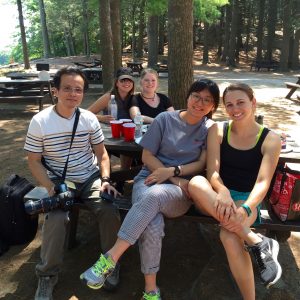 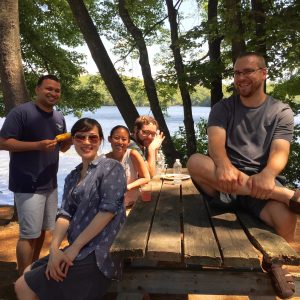 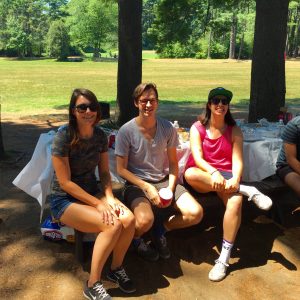 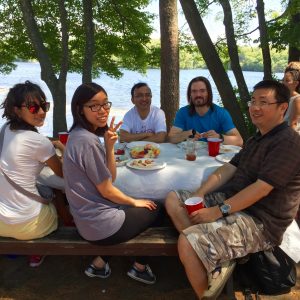 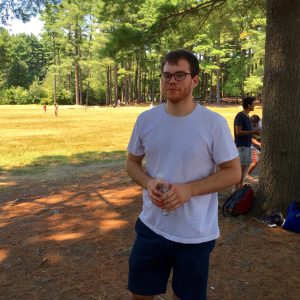 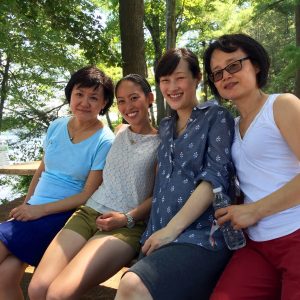 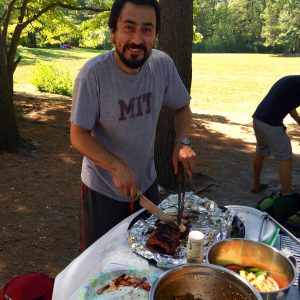 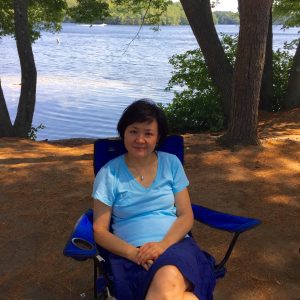 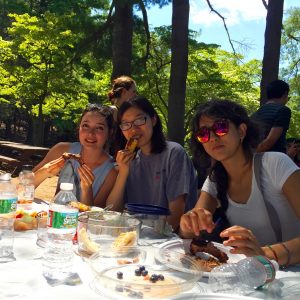 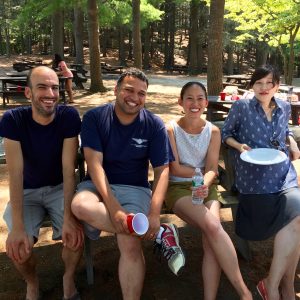 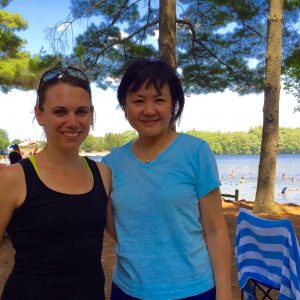 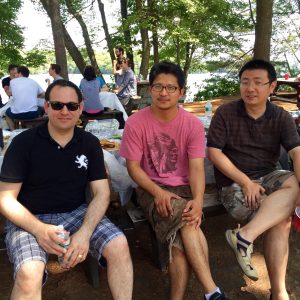 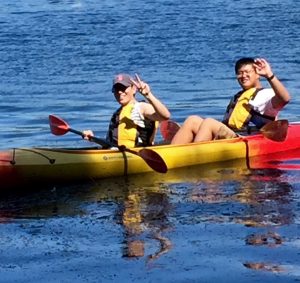 The integrity of our genetic material is under constant attack from numerous endogenous and exogenous agents. The consequences of a defective DNA damage response are well studied in proliferating cells, especially with regards to the development of cancer, yet its precise roles in the nervous system are relatively poorly understood. Here we attempt to provide a comprehensive overview of the consequences of genomic instability in the nervous system. We highlight the neuropathology of congenital syndromes that result from mutations in DNA repair factors and underscore the importance of the DNA damage response in neural development. In addition, we describe the findings of recent studies, which reveal that a robust DNA damage response is also intimately connected to aging and the manifestation of age-related neurodegenerative disorders such as Alzheimer’s disease and amyotrophic lateral sclerosis.

Limiting a certain protein in the brain reverses Alzheimer’s symptoms in mice, report neuroscientists at MIT’s Picower Intitute for Learning and Memory.

Researchers found that the overproduction of the protein known as p25 may be the culprit behind the sticky protein-fragment clusters that build up in the brains of Alzheimer’s patients. The work, which was published in the April 10 issue of Cell, could provide a new drug target for the treatment of the disease that affects more than five million Americans, says Li-Huei Tsai, director of MIT’s Picower Institute for Learning and Memory and senior author of the paper.

A hurricane, a car accident, a roadside bomb, a rape — extreme stress is more common than you might think, with an estimated 50 to 60 percent of Americans experiencing it at some point in their lives. About 8 percent of that group will be diagnosed with post-traumatic stress disorder, or PTSD. They will have flashbacks and nightmares. They will feel amped up, with nerves on a permanent state of high alert. They won’t be able to forget.

For years, neuroscientist Li-Huei Tsai has been unraveling the brain circuits that underlie memory, searching for approaches that might be helpful in treating Alzheimer’s disease. In 2007, the Massachusetts Institute of Technology scientist identified an experimental drug that could restore lost memories in mice. Lately, she has been wondering whether that kind of drug might be useful to help people forget traumatic events that cause fear and anxiety.

In a study published Thursday in the journal Cell, Tsai and colleagues used a single dose of the drug, called an HDAC inhibitor, to help mice extinguish a fearful memory of a traumatic event that took place in the distant past.

Nearly 8 million Americans suffer from posttraumatic stress disorder (PTSD), a condition marked by severe anxiety stemming from a traumatic event such as a battle or violent attack.

Many patients undergo psychotherapy designed to help them re-experience their traumatic memory in a safe environment so as to help them make sense of the events and overcome their fear. However, such memories can be so entrenched that this therapy doesn’t always work, especially when the traumatic event occurred many years earlier.

MIT neuroscientists have now shown that they can extinguish well-established traumatic memories in mice by giving them a type of drug called an HDAC2 inhibitor, which makes the brain’s memories more malleable, under the right conditions. Giving this type of drug to human patients receiving psychotherapy may be much more effective than psychotherapy alone, says Li-Huei Tsai, director of MIT’s Picower Institute for Learning and Memory.

Discovery of a gene essential for memory extinction could lead to new PTSD treatments.

If you got beat up by a bully on your walk home from school every day, you would probably become very afraid of the spot where you usually met him. However, if the bully moved out of town, you would gradually cease to fear that area.

A new study from MIT reveals a gene that is critical to the process of memory extinction. Enhancing the activity of this gene, known as Tet1, might benefit people with posttraumatic stress disorder (PTSD) by making it easier to replace fearful memories with more positive associations, says Li-Huei Tsai, director of MIT’s Picower Institute for Learning and Memory.

Amyotrophic lateral sclerosis (ALS) — also known as Lou Gehrig’s disease — is a neurodegenerative disease that destroys the neurons that control muscle movement. There is no cure for ALS, which kills most patients within three to five years of the onset of symptoms, and about 5,600 new cases are diagnosed in the United States each year.

MIT neuroscientists have found new evidence that suggests that a failure to repair damaged DNA could underlie not only ALS, but also other neurodegenerative disorders such as Alzheimer’s disease. These findings imply that drugs that bolster neurons’ DNA-repair capacity could help ALS patients, says Li-Huei Tsai, director of MIT’s Picower Institute for Learning and Memory and senior author of a paper describing the ALS findings in the Sept. 15 issue of Nature Neuroscience.

Long-lasting memories require specific gene expression programmes that are, in part, orchestrated by epigenetic mechanisms. Of the epigenetic modifications identified in cognitive processes, histone acetylation has spurred considerable interest. Whereas increments in histone acetylation have consistently been shown to favour learning and memory, a lack thereof has been causally implicated in cognitive impairments in neurodevelopmental disorders, neurodegeneration and ageing. As histone acetylation and cognitive functions can be pharmacologically restored by histone deacetylase inhibitors, this epigenetic modification might constitute a molecular memory aid on the chromatin and, by extension, a new template for therapeutic interventions against cognitive frailty.

Cdk5 is a kinase expressed mainly in neurons, where it helps regulate the activity of a whole host of downstream targets, including ion channels and synaptic scaffold proteins. Thus, it’s perhaps to be expected that Cdk5 dysregulation is associated with many neuropathologies.

Li-Huei Tsai cloned Cdk5 as a postdoc and decided she wanted to study it further in her own lab. When asked during job interviews what she would do if Cdk5 wasn’t involved in any interesting phenotypes, she replied that she would no doubt find something else interesting to study. She was soon hired on at Harvard. As it turns out, though, Cdk5 (and its regulation) is plenty interesting, as we learned when we called her at her current lab at the Massachusetts Institute of Technology.

Following the completion of the Human Genome Project, much of biology’s focus has been shifted from the raw sequence of genes to their regulation over time and in response to environmental stimuli. Like books on a shelf, genes do not exert effects by their mere presence; rather, the pages of the book (i.e., the chromatin) need to be opened so that the words (i.e., the genes) can be read and interpreted correctly. The epigenetic regulation of gene expression refers precisely to this process.

In 1984, Francis Crick (1916-2004) proposed that memory might be coded in alterations to particular stretches of chromosomal DNA. Although the response to this idea was relatively modest at the time, the past decade has shown that chromatin, the carrier of chromosomal DNA, undergoes dynamic modifications and conformational changes during memory formation. One of these modifications is histone acetylation, the addition of an acetyl group to histone proteins. Histone acetylation is regulated by the opposing activities of histone acetyltransferases and histone deacetylases (HDACs) and generally closely correlates with active gene expression. Rodents display a transient increase in histone acetylation after exposure to various learning paradigms, and synaptic plasticity and memory formation are facilitated after treatment with small molecule inhibitors of HDACs.

The finding focuses on a faulty molecular mechanism that may underlie ASD’s cognitive impairments. The discovery could lead to future treatments targeting a brain enzyme that controls the formation of a neuronal structure called dendrites, according to lead author Li-Huei Tsai, Picower Professor of Neuroscience and director of the Picower Institute.

Dendrites are neurons’ spiky, branchlike projections. Dendrites at the apex of the cell body are known as apical; dendrites that emerge from the bottom are called basal. Basal dendrites, studded with synapses, receive electrical signals sent by other neurons within the brain.

Neuroscientists show that HDAC2 enzyme could be a good target for new drugs.

MIT neuroscientists have shown that an enzyme overproduced in the brains of Alzheimer’s patients creates a blockade that shuts off genes necessary to form new memories. Furthermore, by inhibiting that enzyme in mice, the researchers were able to reverse Alzheimer’s symptoms.

The finding suggests that drugs targeting the enzyme, known as HDAC2, could be a promising new approach to treating the disease, which affects 5.4 million Americans. The number of Alzheimer’s victims worldwide is expected to double every 20 years, and President Barack Obama recently set a target date of 2025 to find an effective treatment.

Li-Huei Tsai, leader of the research team, says that HDAC2 inhibitors could help achieve that goal, though it would likely take at least 10 years to develop and test such drugs.

In recent years, scientists have discovered several genetic mutations associated with greater risk of psychiatric diseases such as schizophrenia and bipolar disorder. One such mutation, known as DISC1 — an abbreviation for “Disrupted in Schizophrenia-1” — was first identified in a large Scottish family with high rates of schizophrenia, bipolar disorder and depression.

Studies have since shown that DISC1 mutations can lead to altered brain structure and impaired cognition, but it was unknown exactly how this occurs. A new study from Li-Huei Tsai, director of MIT’s Picower Institute for Learning and Memory, shows that DISC1 mutations impair a specific signaling pathway in neurons that is critical for normal brain development.

In a genetic screen of 750 people — some of whom were healthy and some of whom had psychiatric diseases — the researchers found several common variants of the DISC1 gene. However, even though these mutations disrupted normal brain development, they were not necessarily enough to cause disease on their own.